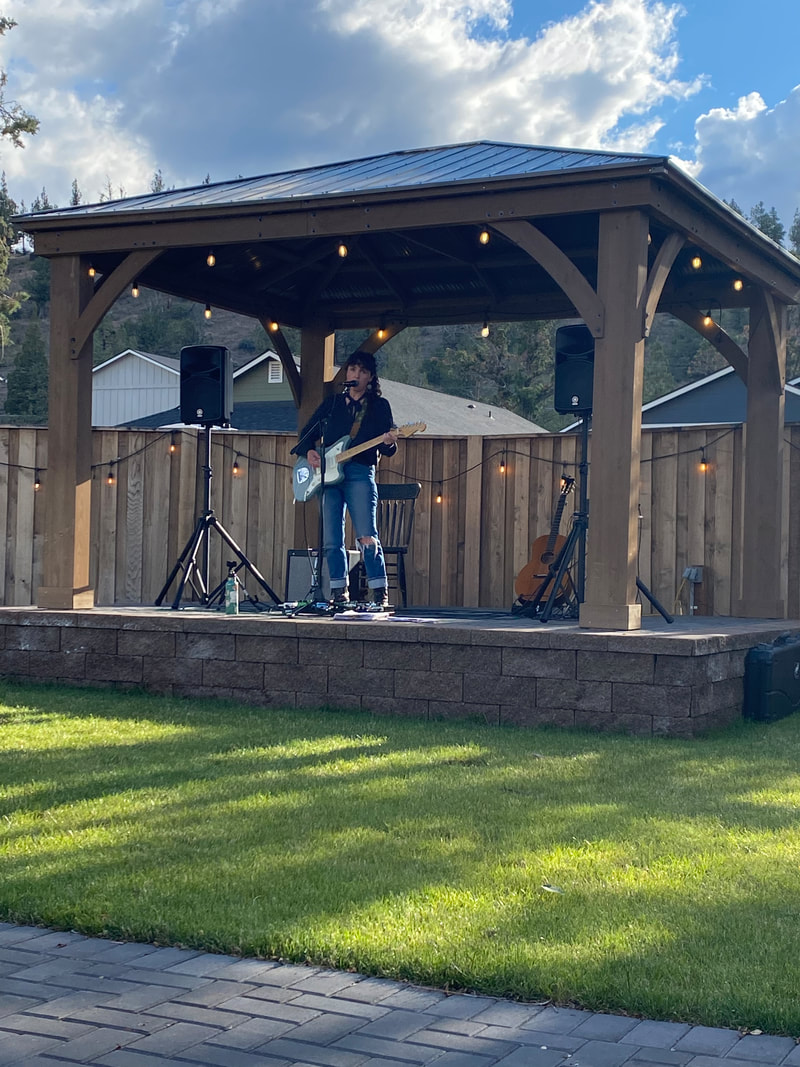 One thing is absolutely certain about the acoustic trio Burnin’ Moonlight - their love of music and snappy stage banter is infectious and engaging. With diverse musical backgrounds, they shift smoothly between spirited traditional bluegrass, rootsy folk, a little country, swing and downright lowdown blues. Scott Foxx lets it fly with fiery fiddle, stunning, hard-driving rhythm guitar and brilliant solos. Jim Roy cuts loose with his Piedmont fingerstyle guitar and rippin’ mandolin solos. Maggie Jackson’s bass and rhythm guitar keep a steady beat when she’s not pickin’ bluegrass and blues banjo. To top off the instrumental collage, Maggie and Jim share sweet, soulful vocal leads and harmonies that will make you smile too.

The Hardly Heard formed in 2016 out of the local bluegrass favorite Runway Ranch Band. The Hardly Heard play Bluegrass/Americana music influenced by the Country Gentlemen, the Lonesome Sisters and the Caleb Klauder and Reeb Willms. The Hardly Heard mix pleasing harmonies with traditional Bluegrass and Country instrumentals to form an enjoyable musical experience for any crowd.

Got Whiskey formed 6 years ago in the town of Sisters Oregon. Mark Conklin and Peter Daggatt sat down one day with a bottle of whiskey and a couple guitars and Got Whiskey was born. They now play venues around Central Oregon and entertain with their pure country sound.

Kurt's early musical influences were the some of Country Music's pioneers. The Carter Family, Jimmy Rogers, Hank Williams, and Johnny Cash all had an influence on his musical path. He picked up his dad's old guitar, which he still plays, when he was 12 and has been hooked ever since. He incorporates many of the classics with a dash of contemporary into his sets. Kurt is currently the lead singer for Central Oregon's premiere Country-Western band Dry Canyon Stampede. He also plays occasionally with local Country sensation Cheyenne West. Folk and Hawaiian music are other genres Kurt loves to perform.

Olivia has been playing traditional country music since she was young.  She grew up singing and touring with her mother Joni Harms, who has been very successful in the country western music industry. Olivia is following in her mothers footsteps and making music her fulltime career.  She currently spends about half her time in Nashville and spends the rest of her time touring. Olivia has opened for Diamond Rio, Jerrod Niemann, Dan+Shay, Old Dominion, Mark Chesnutt and others. In 2018 alone she played at the Denver Stockshow, Rodeo Houston, AQHA World Show, NFR, and did a tour through England, Ireland and Scotland. Olivia is always excited to come back to her home town and play music, she loves her small Canby community. Olivia will bring a fresh spin on traditional country music and that laid back singer/songwriter feel to Canby Wine Food and Brew. To learn more about Olivia check out her website www.olivia13.com.

The Tumalo local known as Freddie Gateley is a multi-instrumentalist and vocalist who has been performing his music since age 11. Though rooted in bluegrass and americana, his music also spans rock, jazz, and blues. He has been working full time in the recording industry for over a decade: playing with bands, recording in the studio, teaching music, and consulting recording studio design.

Pat Thomas, a veteran of over 50 years in music, settled in Bend in 1991. After 20 years of playing in bars, nightclubs, resorts, and campfires from Ft. Lauderdale to Fairbanks, Pat seems to have found a home here at Tumalo Feed Co. Steakhouse, having played here steadily for the last 27 years and has appeared on our stage over 3,000 times and counting! Pat is a one man band featuring easy listening Country music for dining and dancing.